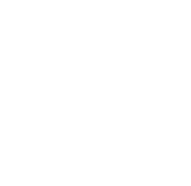 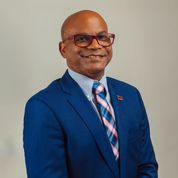 Minister of Tourism, Transport and Ports.

Minister of Tourism, Transport and Ports.

The St. Christopher Air and Sea Ports Authority abbreviated as SCASPA is a statutory corporation formed by the Government of St. Kitts & Nevis in 1993 uniting the Air and Sea Ports in St. Kitts. The Authority provides the gateway to St. Kitts, operating the Port Zante Cruise Ship Terminal, the Robert Llewellyn Bradshaw International Airport, the Basseterre Deep Water (Cargo) Port and the Basseterre Ferry Terminal.

The Authority is managed by a Board of Directors and a Management Team. The major departments at SCASPA includes Human Resource, Security, Communications, Finance, Facilities & Maintenance, Seaport Operations (Marine and Cargo Division) Airport Operations (inclusive of Air Traffic Control and a Meteorological Department) and a Legal Counsel.

As facilitators of Trade and by extension – Tourism, SCASPA falls under the umbrella of the Ministry of Tourism, Transport and Ports with minister responsible Hon. Lindsay F.P. Grant. The Authority serves as great support for the Government of St. Kitts and Nevis to create a powerful stimulus for international trade, Tourism, and long-term economic expansion, ultimately boosting the Federation’s development.

INTERESTING FACTS (DID YOU KNOW)

The deep water harbor handles the island’s container and cargo traffic and other cruise business. The harbor is also a key player in the Caribbean’s container transshipment sector.

Port Zante is purely for cruise ships, allowing the latest generation of vessels to berth in St. Kitts.

destinations. The Basseterre Ferry Terminal has a pier of 200 ft and can accommodate three vessels that provide daily services between St. Kitts and Nevis.  There are also chartered trips to St. Eustatius (Statia), Saba and St. Maarten.

The Robert L. Bradshaw International Airport handles over 400,000 passengers each year. It is also home to a wide variety of aircraft.

These modern facilities form a key element of our islands infrastructure but also help maintain and stimulate vital foreign investment – mostly in the tourism sector.

To be a leading provider of safe, secure and customer focused air and sea ports services in the Caribbean.

To provide safe and secure air and sea ports services in accordance with international standards and best practices to ensure sustainable growth and development while exceeding customer expectations.

Providing an environment free from harm and danger

Accomplishing duties in a manner that is efficient, timely, courteous and honest

Consistently providing what is promised

Assuming responsibility for actions and solutions

Openness to change and new ideas to improve effectiveness and efficiency

Being credible and honest at all times