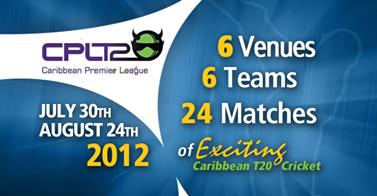 The match will bring together a host of celebrity personalities, cricketing legends and current stars, and will form part of an exhilarating week in St.Kitts, building up to the final of the Limacol CPL 2014 on Saturday 16th August.

Cricketing royalty, Sir Ian Botham and Brian Lara, have been designated as captains for the two teams, and have issued a call to arms to cricketing superstars, personalities and fans across the world to take part. In spite of his chastening experience against Australian fast bowler, Brett Lee, over Christmas, Piers Morgan was the first to volunteer, and has been snapped up by fellow Englishman, Botham.

Sir Ian Botham said “I know how important cricket is to everyone in the Caribbean, and CPL has done a lot to reignite the region’s love for the game. St Kitts is an amazing island of rare beauty, full of wonderful people, and I’m excited to give something back to the country through this charity match, as well as getting the chance to watch the closing stages of the CPL.”

Piers Morgan commented; “As soon as I got the call from Beefy, I knew this was something I wanted to be involved in. I¹m a huge fan of cricket and I love the Caribbean, so a chance to play in this special game and get involved with the Biggest Party in Sport was too good an opportunity to miss. I’ve already asked Brett Lee to join in, but this time playing WITH me – not breaking my ribs!”

Brian Lara added; “I’ve seen first-hand the impact CPL has had on the region. Players and fans love it, it’s great for our up and coming talent, and it provides an economic boost as well. I’ve always believed in the importance of giving back to the Caribbean, and this match will be a great way to do that. It’s going to be fun to play with and against some old friends and reignite some old rivalries, and I’ve already been contacted by plenty of fast bowlers keen to have a bowl at Piers!”

Damien O’Donohoe, CEO of the Limacol Caribbean Premier League said; “It was no surprise when Beefy got in touch about the game. The CPL is the Biggest Party in Sport and as a result, we’re naturally attracting some of the leading names in sport and entertainment. Beefy’s Bash is set to be a remarkable highlight of finals week in St. Kitts and expect some more big names to be announced in the coming weeks.”

The game will add spice to what promises to be a thrilling finals week in St. Kitts, ensuring that the CPL lives up to its reputation as the Biggest Party in Sport. As well as the two semi-final showdowns during the week, fans will be treated to a concert on Friday 15th August featuring international and local stars, before the main event, the final of the Limacol CPL 2014, on Saturday 16th August.