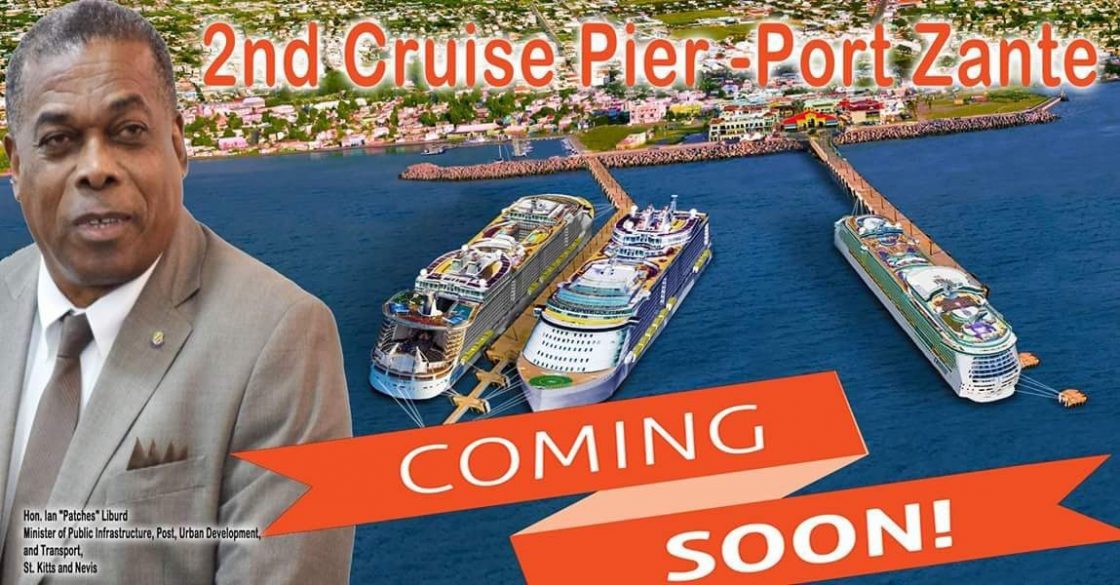 BASSETERRE, St. Kitts – The construction of a second cruise pier at Port Zante in St. Kitts is all set to begin now that the official loan signing ceremony took place Feb. 26, signaling another milestone of the Team Unity administration’s prosperity agenda.

The Honourable Ian ‘Patches’ Liburd, minister of public infrastructure, said that the signing is of special significance as it will enhance Port Zante to facilitate the world’s largest ships. “In approximately 18 months, the Port Zante Harbour will be transformed with the addition of the much-needed second cruise pier to accommodate our growing passenger traffic, which is now heading towards 1.5 million passengers per annum,” he said. “This addition will result in our lovely nation being able to accommodate not one, but three Oasis-class vessels – three of the largest vessels afloat today.”

The minister noted that the journey toward getting to the point of financial closure has been long, yet necessary. He added that throughout the entire process, the government has been and will continue to be transparent. “In a true spirit of transparency and accountability, your Team Unity administration is letting you know precisely what financial arrangements we have put in place for the construction of the much-improved and much-needed second cruise pier,” he said, adding that “this is the people’s business” and being transparent and accountable were key.

On Nov. 22, 2017, there was an official contract-signing ceremony between the St. Christopher Air and Sea Ports Authority (SCASPA) and the Canadian Commercial Corporation (CCC) for the construction of the second cruise pier at Port Zante.