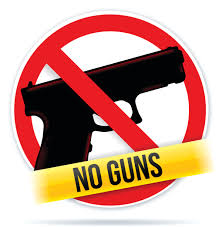 A US Citizen was found with said illegal firearm and ammunition in his luggage while departing the federation.

Security Officers; Sergeant Marilyn Cotton, SO Carlette Martin and SO Yazani Kelly made the detection while screening the said passenger’s  luggage for departure.

The Virginia resident was schedule to leave the federation on Monday but was held accountable and charged for illegal firearm possession and remained in the federation for a court hearing that was held yesterday Tuesday 24th January 2018.

Mr. Don Boncamper, Chairman for SCASPA, expressed high satisfaction on behalf of the Board of Directors of SCASPA on the security officers’ recent findings;

“We are very proud of our Security Officers on their diligence and commend them on their recent detection of this illegal firearm. This highlights SCASPA’s fine-tuned security training methods in an effort to provide a safe and secure port whether by air or by sea. This also highlights the Authority’s input in the overall effort of eliminating illegal firearm in our federation”

The St. Christopher Air & Sea Ports Authority takes this opportunity to also commend our law enforcement partners – the Royal St. Christopher and Nevis Police Force (RSCNPF) and intelligence agencies such the Customs and Excise Department on a successful continued partnership in cracking down on illegal drugs and weapons.