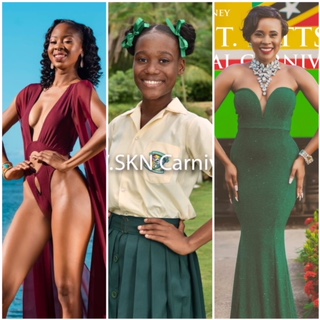 A night filled with enthusiasm, and excitement filled the festive atmosphere of downtown Basseterre on Friday 17th November 2017 when the St. Kitts/Nevis National Carnival revealed their participants for the various show lined up for Sugar Mas 46 followed by a sash coronation.

The St. Christopher Air and Sea Ports Authority (SCASPA) – a customary sponsor for carnival, has displayed its commitment to the festive season in the art of pageantry as it was announced that three (3) ladies secured pageant sponsorship from the Authority.

Since sashed, SCASPA’s pageant representatives have kept close communication with the Authority as their sponsor and have participated in some of its social and ceremonial events.

As of Recent, the pageant representatives were present for the opening of the newly refurbished Basseterre Ferry Terminal and visited the Authority where they received an informative tour of the Authority and received hands-on experience of the services it provides.

The SCASPA “Triple-Threat Starlights” for this year’s Sugar Mas 46 are expected to make their grand performance in the heart of Christmas Week with back- to- back appearances;